Oryol is the administrative, industrial and cultural center of Oryol region. The city is favourably situated on the crossing of the main lines and highways, at a distance of 382 km (237,36 mi) from Moscow. It takes 4,5 hours to get from Moscow to Oryol in the premium service express.

The town of Oryol was founded by decree of Ivan the Terrible in 1566 to protect the southern borders of Russia from the frequent raids of the Crimean Tatars. At the beginning of the XVII century Oryol was one of the centres of the popular uprising against the governments of Boris Godunov and Vasily Shuysky. In 1604 Oryol was conquered by the army of False Dmitry and stayed in the rebels' hands till 1612. It was awfully destroyed. The fortress was rebuilt only in 1636. In the middle of the XVII century Oryol became an important trade centre. When navigation was possible, various goods were floated down the Oka river to Moscow, Kaluga, Kolomna, St.-Petersburg, Riga and Nizhny Novgorod. In 1778 Oryol became the centre of the Oryol vice-royalty, and in 1796 -of Oryol province. During the Patriotic War of 1812 Oryol was one of the main rear bases of the Russian Army. 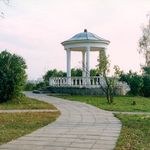 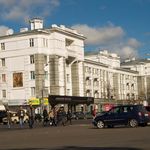 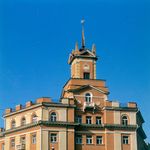 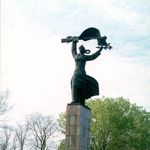 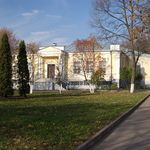 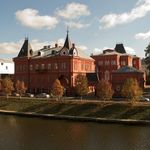 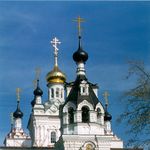 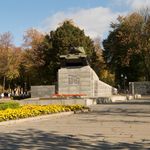 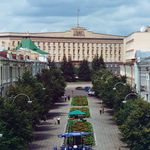 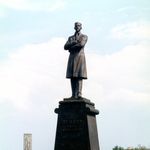 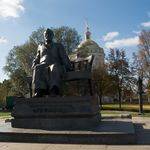 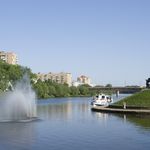 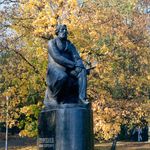 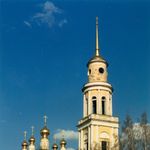 In the XIX - the beginning of the XX centuries Oryol was a town of the merchants and the gentry and an important trade centre. By the beginning of the 1850s there were 95 industrial works and 11 inns in Oryol, annual fairs were organized in it. Oryol was the third Russian town where tram service appeared, and it happened in 1898.

In 1917 there were three girl's and four boy's gymnasias, a military school and an "Institute of the Noble Maidens" (a privileged boarding-school for daughters of the departments of the State Bank, the Noble and the Peasant Land Banks had already been opened by that time. On the 25th of November, 1917 the Bolsheviks assumed power in the t aristocracy) in Oryol. Besides a few own. In autumn, 1919 one of the bloodiest battles of the Civil War between the Red Army and Anton Ivanovich Denikin's White Army took place in the suburbs of Oryol. In 1928 the town became the centre of the Central Black Soil (Chernozem) region, and in 1937 - the centre of Oryol region.

During the Great Patriotic War the Nazi Army forced Oryol on the 3rd of October, 1941, and repeatedly destroyed it. On the 5th of August, 1943, after breaking through the German defences and forcing them to retreat, the Soviet Army drove them out of Oryol. To commemorate the liberation of Oryol and Belgorod the first in the course of the war artillery salute was given in Moscow.

In the postwar time Oryol borders were considerably extended. Its infrastructure developed rapidly.

Oryol is truly called a student city, for there are ten civil higher educational establishments, the Academy of the Federal Protective Service of Russia and the Oryol Law Institute of the Ministry of Home Affairs of Russia in it.

There are four theatres in Oryol: the State Academic Theatre of I. S. Turgenev (the Drama Theatre), the theatre of the young spectator "Free Space", the regional puppet theatre and the municipal theatre "The Russian Style".