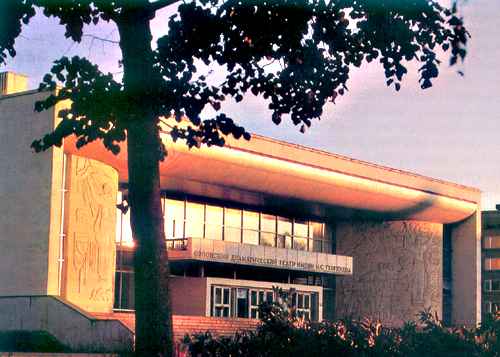 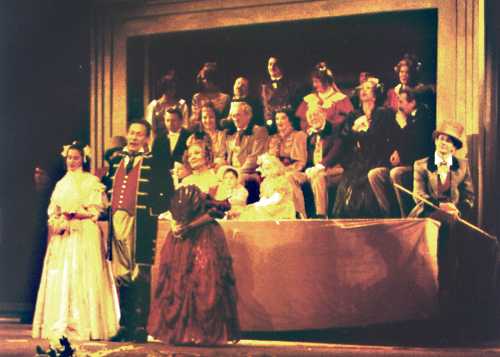 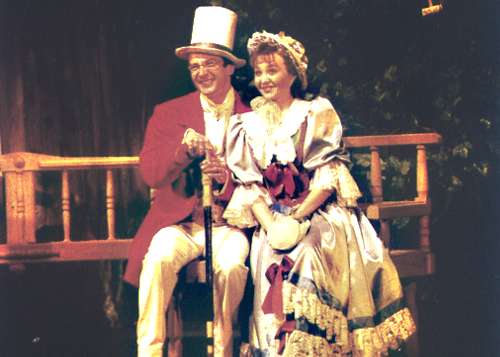 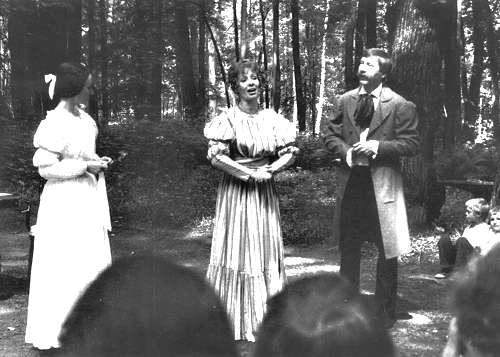 
The State Academic Theatre (the Drama Theatre) is famous for its cultural history. When the theatre was opened, it was called The Serf Theatre of Count S.M. Kamensky. The curtain decorated with images of Apollo and nine Muses first raised on the 26 of September (October 8) in 1815. The contemporaries approvingly wrote «Count Kamensky affords great pleasure to the town at his loss». Created by the count and widely available to public the theatre was known all-over Russia for its talented troupe comprised of actors, opera singers and ballet dancers, diverse repertoire and for its excellent drama school. Hallowed traditions were being established and handed down in the theatre. The most precious ones are the devotion to the great literature, the burning desire to lavish talents and souls on the contemporaries and to reveal them the riches of the classics. The wise assertion «Not only for fun» having appeared on the pediment of the stage in early sixties of the 19th century became the essence of lofty aspiration of the best people in the Oryol Drama Theatre. It was developing in a peculiar atmosphere of the town that was the original literary capital of Russia. The theatre derived its strength from marvelous spiritual surroundings and simultaneously influenced the fates and talents of compatriot writers. Such notable Oryol residents as T.N. Granovsky, A.I. Pisarev, A.A. Fet, I.S. Turgenev, N.S. Leskov, L.N. Andreev and I.A. Bunin were the admirers of the Oryol Drama Theatre.

Plays by I.S. Turgenev were also performed on the stage of the theatre. «A Nobleman’s Nest» meant as much to Oryol theatre-goers as «The Seagull» to the visitors to the Moscow Art Theatre. The first performance of the 20th century was a premiere of the comedy «Breakfast at the Leader’s» by Turgenev. In the thirties, when it was impossible to see the name of the writer on the playbills of the country, his play «A Month in the Village» was successfully staged in Oryol.

On May 7th 1949 the theatre was named in honour of the writer.

In the early 90th of the last century a unique museum was opened in the upper lobby. It has a miniature auditorium that seats 39 people. The forties spectator is count Kamensky, whose portrait painted by V. Anochin is found there.

The stage of the serf theatre was recreated there and now it permanently works.

One hundred and eightieth anniversary of the theatre was celebrated with the grand opening the bust of count Kamensky (the work of sculptor V.P. Basarev).the direct descendants of S.M. Kamensky took part in the ceremony.


The Oryol State theatre for children and the youth opened in December 1976 under the leadership of Yuri Kopylov. It was called «The Theatre of the young spectator». Since 1990 the theatre has been performing under the name «Free Space» («Svobodnoye Prostranstvo»).

«Free Space» is a place, where life opens wide for a young man. It is a stage, which conducts experiments. It is an area where people of free will, actors and spectators meet face to face.

In 1982 the theatre made the first tour in Moscow.

During the ensuing years the theatre went on tours and took part in drama festivals in our country and abroad. Such plays as Jack London’s «White Fang» and Rudiard Kipling’s «Rikky- tikky-tavi» staged by director A. Michailov and scene-designer I. Tkachenko were presented the prestigious international festivals in Russia, Ukraine, the USA, Spain, Turkey, Israel and also at the Universal Congress in Rostov-on-Don.

THE MUNICIPAL THEATRE «THE RUSSIAN STYLE» 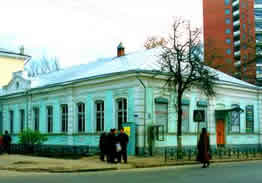 
The Municipal theatre «The Russian Style» was established in accordance with the decision of Oryol Government in 1994. The hall seats up to 50 people. It is a chamber theatre. The name of the theatre reveals the troupe’s attitude towards the notion «Russian» that means for them the eternally unsatisfied soul; search for the truth and spirit of Art permeated with quests and sacrificial essence. The main subject of productions staged in the theatre is search for answers to the «cursed» issues, which Feodor Dostoevsky, Leo Tolstoy and many other outstanding writers and philosophers tormented themselves about. The word «Style» the troupe interpret as artistic exploration of unusual modern forms and ideas. The dramatic art is everlasting and being constantly renovated substance of life. These are the criteria that the theatre applies to crackling problems in the centre of which is a man. The main purpose of a theatre is to find its own ways, due to which their acute senses interact with the present-day circumstances.

It is worth speaking about the people working at the theatre. Since the opening day the art director of the theatre is Valery Simonenko. The troupe is made up of actors of different generations and drama schools. The leading actors of the theatre are honoured actress of Russia Marina Sokolova, actor Anatoly Vashchenko, actor of stage and screen Sergey Fetisov.

The theatre has developed extremely complex artistic forms that produce on their audience a wonderfully rich subtle effect.

The Regional Puppet theatre was founded in September 1943. The theatre at once became an active sector that has been helping parents and teachers to develop cultural wealth and sense of civic duty of rising generations. The theatre opened on October 3, 1943 with a folk tale «By the Pike’s order» as one of its first productions.

In the early fifties directed by A.A. Voznesenskaya became one of the five best puppet theatres.

In 1963 the Oryol Puppet theatre moved into Epiphany Cathedral (Bogoyavlensky Sobor). The first production in the building was «The Divine Comedy» by I. Shtok.

The Oryol Puppet Theatre was extremely successful at different festivals and contests. The theatre and its leader V. Volkhovsky were awarded with the certificate of the first degree for the play «The Golden Steed» by the Latvian poet and dramatist Janis Rainis at the second All-Russian theatrical festival peoples of the USSR.

About 300 premieres have been staged by the company. The theatre has been stimulating interest in the puppet arts across Russia and abroad. The theatre successfully toured Murom, Tula, Smolensk, Sumy, Belgorod, Bryansk, Voronezh and other cities and towns of Russia. Oryol puppeteers are known in «the near abroad». Its shows enchanted audiences of Kiev, Poltava, Donetsk and Kherson. There were tours of Bulgaria and France.